I think when this was copied from a friend of June Vissotzky's
that she meant to cook
the venison, ribs, etc in the good BBQ sauce
for 2 hrs slowly...not to cook the BBQ sauce itself for 2 hours.
You'd be left with no sauce to cook with!
And then it couldn't be called Good BBQ Sauce.
We'd have to call it Burned BBQ Sauce.
And no one would read my blog,
much less want to eat anything with the sauce!
And then everyone would be hungry.
And cranky...
which is NEVER a good thing!
Best to stick with Good BBQ Sauce and make everybody happy!
Speaking of making everybody happy...
this would be a Good BBQ Sauce to make a batch of, put in a Mason jar
tie a bow on it, stick a wooden spoon on the side of the bow, and give for a gift!
School will be ending soon,
and I bet most teachers would be happy to have
Good BBQ Sauce for an end-of-year appreciation gift!
June Parker Vissotzky and her fellow teachers
at Stephenville High School would have been more than pleased!
Posted by cr299texasforsale at 9:55 PM 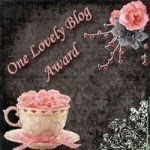